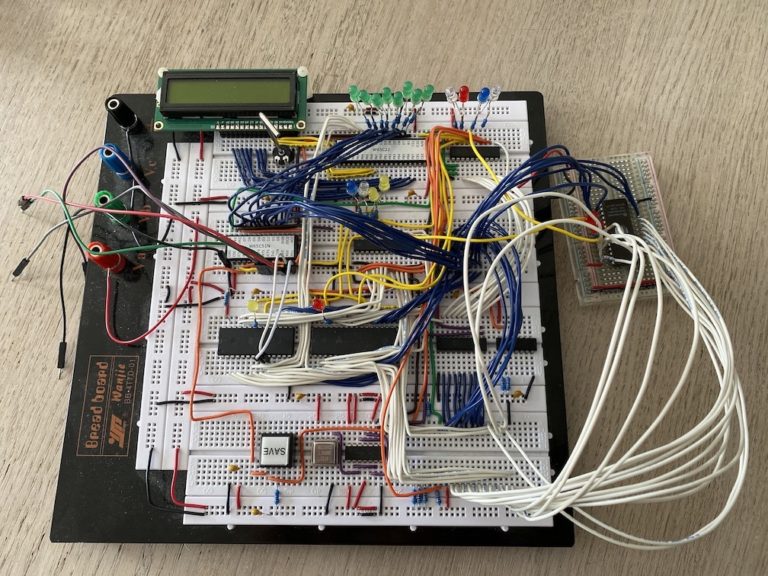 I have always been a sucker for Apple II hardware, ever since I was a small boy.

I lost interest in the project everytime after a few weeks and would regain interest a few months later... On and off...

Until Ben Eater began his series on Youtube about building a 8-bit computer. This, and the project by Joe's Computer Museum, sparked my interest once again and I started to experiment again.
Unfortunately I don't have any photos of my earlier attempts of building something on my breadboard.